Who is the Mother? 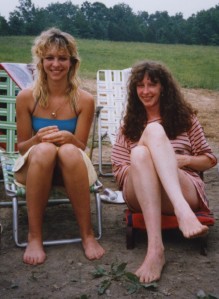 The word “birthmother” triggers shame, sadness, regret and loss in me. It is not a moniker I like. It is the word in our vernacular for mothers who have lost their children to adoption. I have surrendered to its use but experience its usage as a painful burr that continues to rub my wound. It’s implication is demeaning and implies a breeding animal, not a mother. Still, it’s the word people seem to understand without further explanation, so I use it.

In our last post, the words in my title, “A Birthmother’s Perspective,” provoked a response from social researcher, Karen Wilson-Buterbaugh, whose research, education and inquiry into the period of American history known as the “Baby Scoop Era” (1945-1972) is extensive. My daughter, Cathy, was born in 1971.

Ms. Wilson-Buterbaugh wrote a paper that helps us understand the etymology of adoption language called “Whitewashing Adoption: A Critique of “Respectful Adoption Language.”

I answered Karen’s response to my use of “birthmother” to ask what term she would use. This (in part) was her reply…

“Adoption literature always referred to mothers as natural mothers. Of course back then we were also “unwed” mothers so they still tried to oppress us most mostly in public writings. In academic publications they used “natural” because that is who and what we are. We are mothers by Nature.

Then Pearl S. Buck coined the term “birth” for mothers. I found this reference by her in a magazine in 1955 and then she used it again in 1956. She adopted. She and Marietta Spencer, a well known adoption worker were friends so it is assumed that Spencer took that term and ran with it. Now the Indu$try uses it to further oppress and marginalize mothers who create life but who aren’t given their civil and natural rights to keep and raise their own children but who instead are coerced into surrendering them.

The birth prefix is offensive and demeaning. It is labeling. It is used to keep vulnerable mothers “in their place” by those with more money and power.

We, who were robbed of keeping our babies, are now reclaiming our MOTHERhood. We are MOTHERS. Those who should have a prefix are stepmothers, Godmothers and adoptive ones.

What’s in a word? Everything.